In August of 1999, I found my workplace home at Lexington Technology Center as a Business and Marketing teacher. Over the last 20 years as a teacher and then administrator, I have thoroughly enjoyed working with faculty, staff, and students at LTC. I believe Career and Technology Education (CTE) is an integral part of the education process as students apply their knowledge from core classes and learn employable skills that make them more marketable when searching for a job. Seeing students’ successes and achievements over that time and after leaving LTC is what makes being an educator worthwhile!

As Director of Lexington Technology Center, Career Education is vital to the high school experience. Students have the opportunity to apply their core learning experiences from Kindergarten through high school. Students have the opportunity to earn industry credentials or certifications at LTC, like Cosmetology Licenses, Microsoft Certifications, AWS Welding certifications, ASE Automotive Technology certifications, iCAR Automotive Collision, iCEV Animal Science, ProStart and SafeServ in Culinary Arts, CNA’s in Health Science, and many more. I believe an ideal education includes rigorous core learning experiences combined with hands-on career education experiences and the pursuit of other interests and activities. I encourage students to begin with an end in mind and formulate an educational pathway to accomplish that goal. 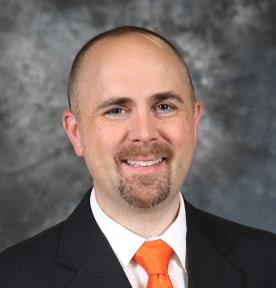 An educator for 16 years, Ryan Panter works to maximize the personal and academic potential of all students and staff through strong relationships, encouragement, and respect. In 2005, Panter began his teaching career as a math teacher at Wren High School in Piedmont, South Carolina. In 2008, he began working at Ridge View High School in Richland School District Two, where he taught and held numerous leadership roles until 2011.

During his time at MGMS, Panter served on various curriculum design and leadership teams, was a new teacher mentor and an ADEPT evaluator, and helped the leadership team create an EL credentialing portfolio that led MGMS to be the first EL Education Credential school in S.C. He served as fine arts department lead teacher, archery head coach, yearbook adviser, and digital media arts teacher at MGMS.

Panter completed the S.C. Department of Education’s Foundations in School Leadership program. He is also a member of the Association for Supervision and Curriculum Development, as well as the S.C. Association of School Administrators. 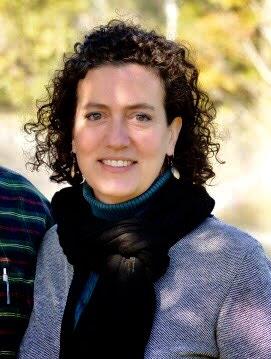 It’s so hard to believe I have been in education for over 25 years! I began my career as a young French teacher in Richland County, followed by a few years in Barnwell schools before starting our family.

When I returned to the classroom, I expanded my certifications to include Spanish and English as a New Language while teaching in Haywood County schools in North Carolina. Upon returning to South Carolina, I taught English for Speakers of Other Languages (ESOL) for ten years in Lexington One, during which I had opportunities to earn a couple more degrees as well as my National Board certification in English as a New Language.

In 2015, I had the opportunity to serve as Coordinator of ESOL in Lexington Two Schools at the district level, working with and learning from some wonderful educators.  I am thrilled to return home to Lexington One,  and to join the team at Lexington Technology Center.